Mobileye Autonomous Vehicles Reach the Streets of Miami and Stuttgart

An autonomous vehicle capable of operating in one place may be of benefit to those in that particular location – but Mobileye’s stated goal is to develop self-driving technology to be easily deployable anywhere and everywhere.

That’s why we’ve been spending the past several years testing our self-driving vehicles not in carefully selected and geofenced environments, but rather alongside actual traffic, in real-life conditions, in locations around the world. And now we’ve expanded our global footprint yet again by commencing testing of our autonomous vehicles in both Miami and Stuttgart.

Beyond its image of exotic cars cruising sun-soaked streets, driving in downtown Miami is characterized by heavy congestion, with significant pedestrian, cyclist, even skateboard and inline-skating traffic.

Meanwhile Stuttgart – aside from being widely known as the birthplace of the automobile and a major hub of the global automotive industry – presents a complex mix of steep landscapes and driving on urban, rural, and high-speed (often even derestricted) Autobahn highways.

These latest locations join our AV testing programs previously launched in Detroit, New York, Jerusalem, Tel Aviv, Munich, Paris, Tokyo, and Shanghai. With the addition of Miami and Stuttgart, we have had testing programs in ten cities in six countries across three continents around the world.

“Mobileye is scaling its AV testing through the addition of new locations,” notes Johann “JJ” Jungwirth, Vice President of Mobility-as-a-Service (Maas) at Mobileye. “Adding Miami and Stuttgart to our testing program represents a commitment to ensuring, first and foremost, safety, and, second, a ‘quality’ rider experience, and at the same time strengthens the foundation for the large-scale commercialization of autonomous mobility services worldwide by confronting and coping with broad and complex driving scenarios, traffic rules, and unique conditions in various cities.”

Central to that quick turnaround and Mobileye’s “AV everywhere” strategy is our Road Experience Management™ mapping technology. By crowdsourcing data from millions of vehicles already on the road equipped with our technology, REM™ can map new roadways quickly, efficiently, and exactingly – at the push of a button and in near-real time. The resulting Mobileye Roadbook™ provides our autonomous vehicles with highly detailed, precise, and up-to-date information about the driving environment, supplementing the vehicle’s onboard sensors. 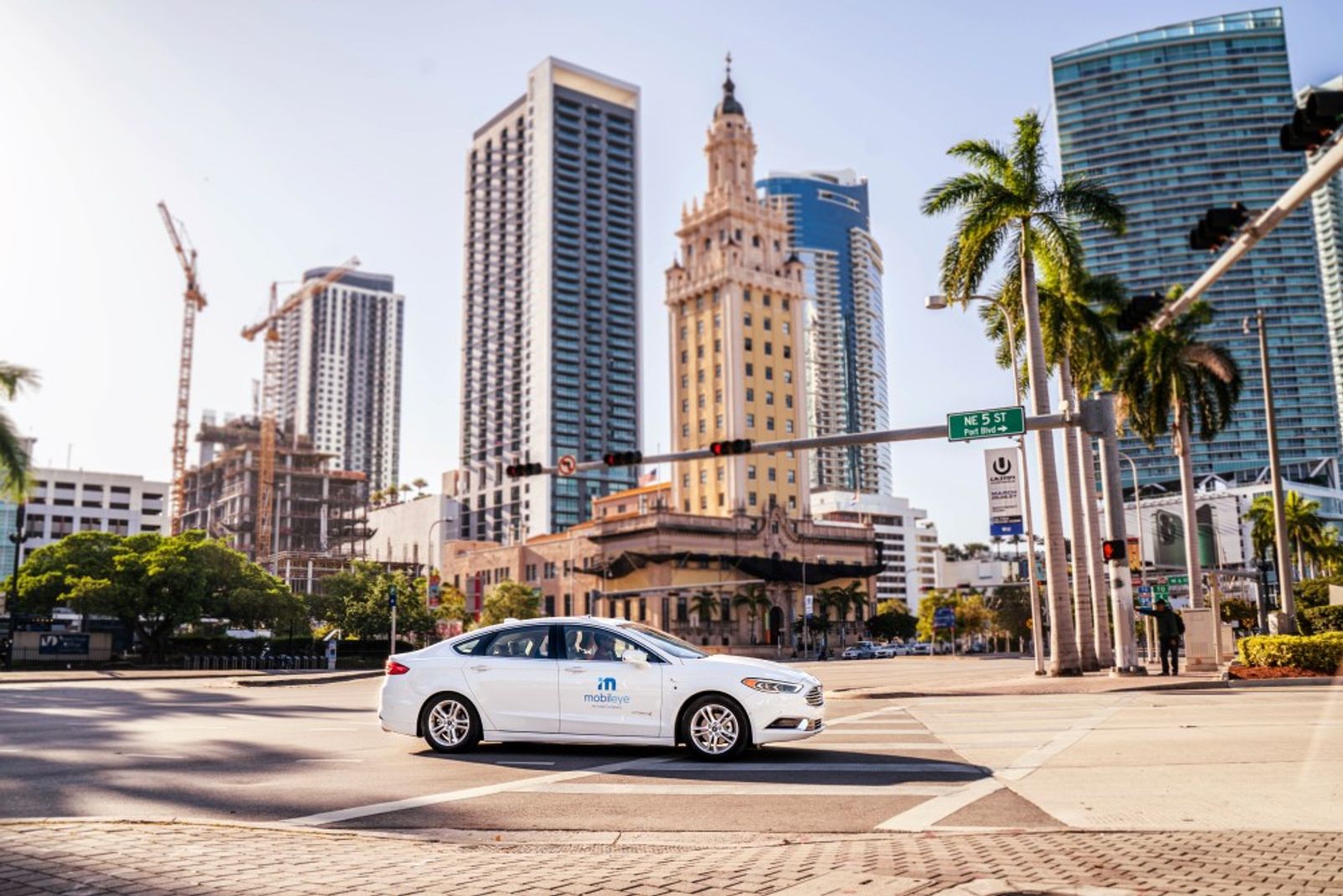 The scalability of our approach to self-driving technology is further reinforced by our Responsibility-Sensitive Safety model. RSS yields both a lean driving policy that accounts for differences in local driving culture and an open framework for regulators to pave the way for the deployment of autonomous vehicles at scale.

From mapping and driving policy to sensing and processing, everything Mobileye builds, we build to scale. That’s what enables us to bring the benefits of self-driving technology to everywhere, in every way, for everyone – from Miami to Stuttgart and beyond. 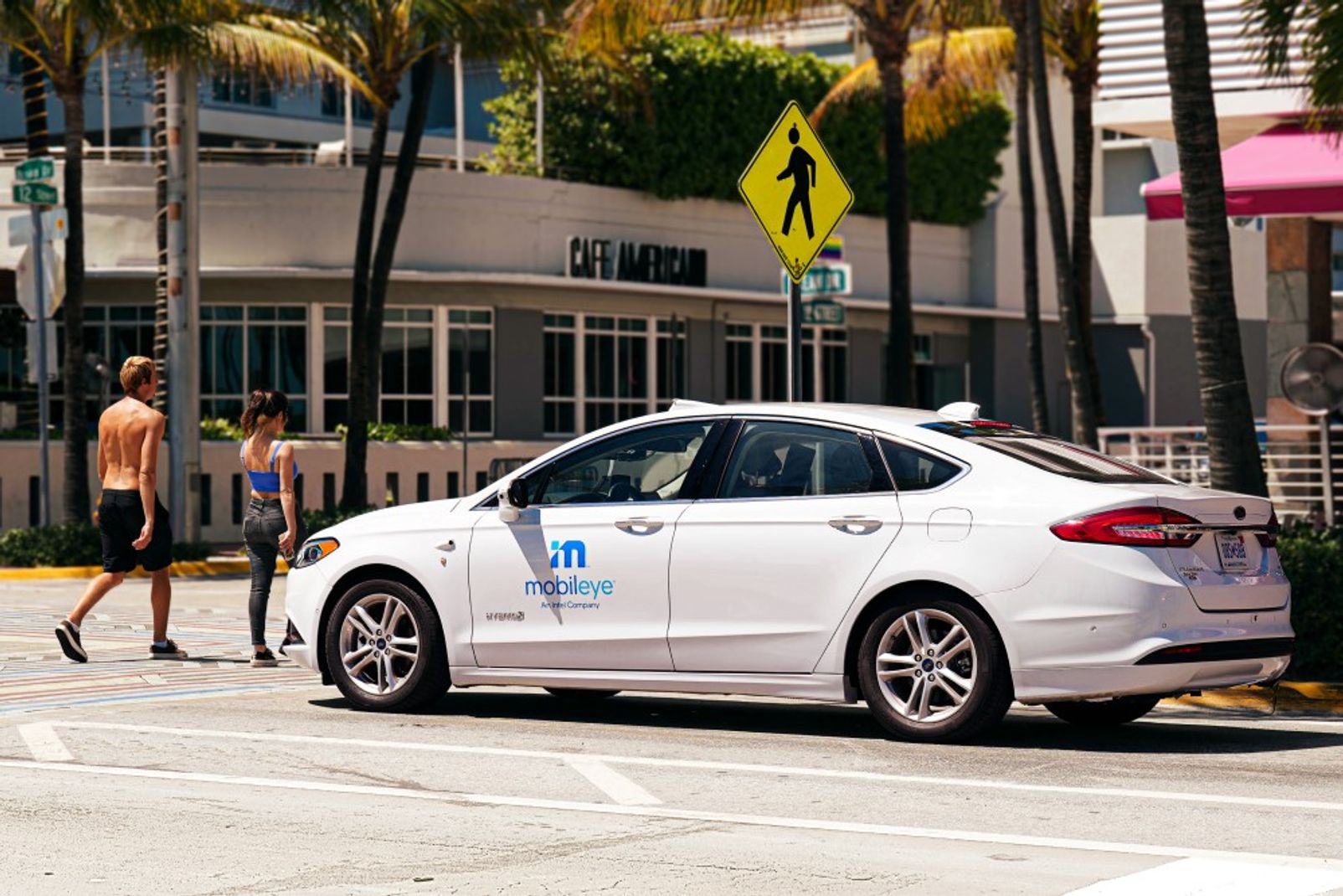 To stay up to date on the latest at Mobileye