Mobileye SuperVision™ Put to the Test in European Road Trip

A recent long-distance, real-world test, covering some 2,000 kilometers from Spain to Germany, demonstrated the capabilities of our next-generation driver-assist system.

Out on the open road in one of our development vehicles running Mobileye SuperVision™ – our Level 2++ driver-assist solution.

Suppose that you were developing some new technological innovation. You’d need to test its capabilities, but just how hard would you want to push it? And how tightly would you want to control the variables and parameters of your test?

Your answer would likely depend largely on the level of confidence you have in your technology and how far along you are in its development. With Mobileye SuperVision™, our confidence has been bolstered by the results of ongoing development over the course of the past two years. And our conviction in its capabilities was only augmented further after completing this latest test.

Just weeks ago, as part of a demonstration for customers, we completed a multi-day, transcontinental road trip that put Mobileye SuperVision™ – our next-generation driver-assist system – to the test. In the span of four days, we covered nearly 2,000 kilometers, passing through six countries in southern and central Europe – eschewing the confines of a controlled environment to venture out on roads that our technology had only mapped (but our test vehicles had never driven on) before. 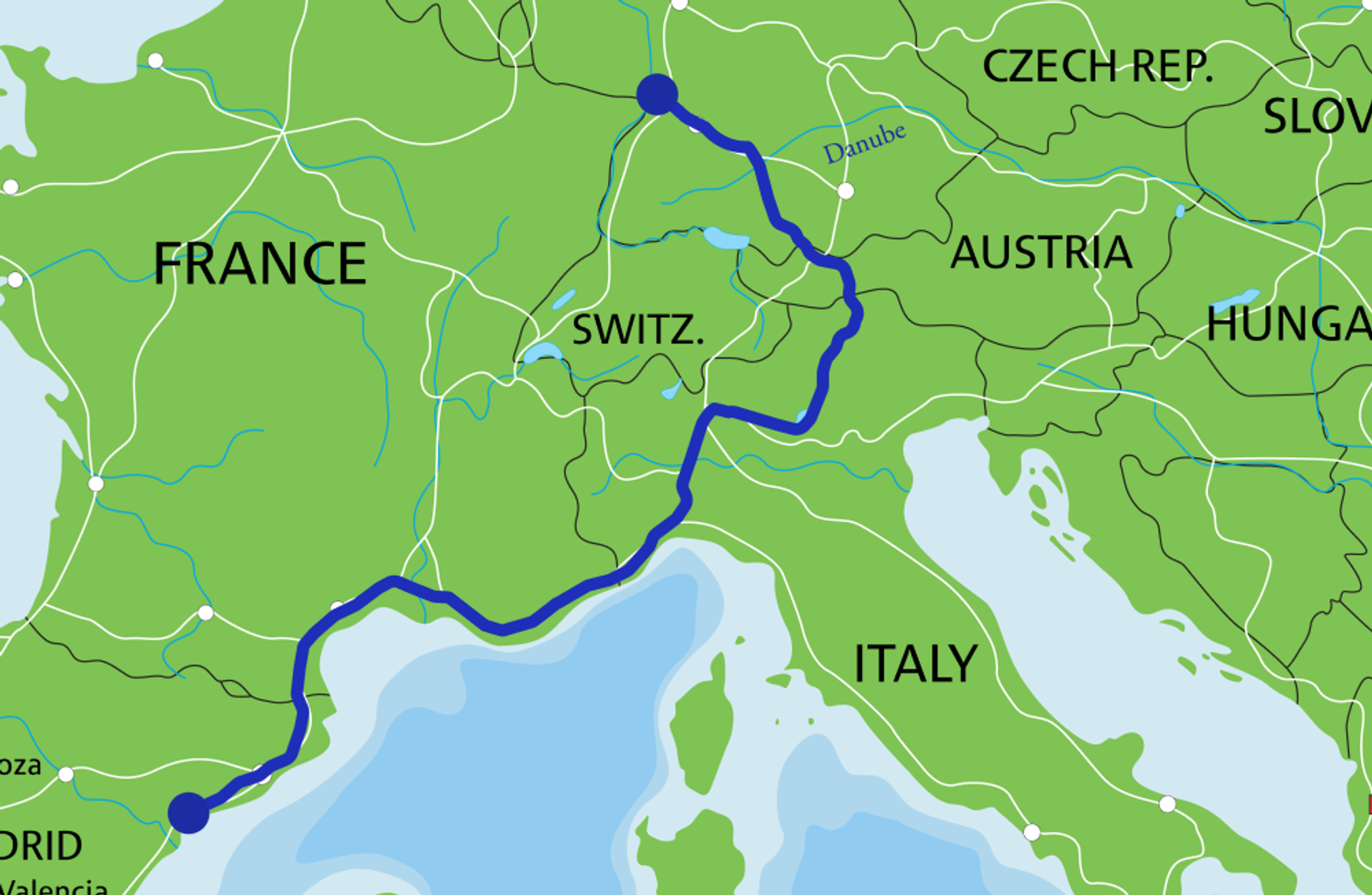 From our starting point in Barcelona, we traversed the Spanish and French Rivieras, then drove through Monaco, northern Italy, Austria, and much of Germany (where the journey concluded). All told, the trip encompassed nearly 40 hours of driving, including some 300 kilometers at night, in heat as high as 40 degrees Celsius, on a combination of packed city streets, twisting country roads, and high-speed interurban highways.

We performed the test in one of our hybrid-sedan development vehicles – not unlike those we’ve tested in Jerusalem, Tel Aviv, Paris, Munich, Stuttgart, Detroit, New York, Miami, Tokyo, and Shanghai. Only this one was upgraded with our latest 8-megapixel camera system, providing high-resolution, 360-degree computer-vision coverage. And far from conducting the test in secret, we invited representatives from some of our closest OEM partners to join us for the journey.

The test made extensive use of the Mobileye Roadbook™, our AV map fueled by REM™, which provided the vehicle with a wealth of information about what to expect in its driving environment. To transparently demonstrate REM’s adaptability and capability, we even let our guests choose waypoints along the route – so the route could be set or reset with minimal notice. Also, to show just how well the computer-vision system alone works, we performed a significant portion of the driving in “mapless mode” (without the benefit of the Mobileye Roadbook), relying strictly on the vehicle’s onboard cameras instead. And we’re proud to report that the system performed impressively throughout – requiring only occasional and minimal human intervention, even after dark on non-illuminated roads and on pavement with worn-away lane markings.

In the Italian city of Genoa, for example, our vehicle spent hours crawling through heavy urban traffic during a record heatwave, without any need for human intervention. On another night, the car drove itself out of Monaco, even after our team got lost with no cellular reception. 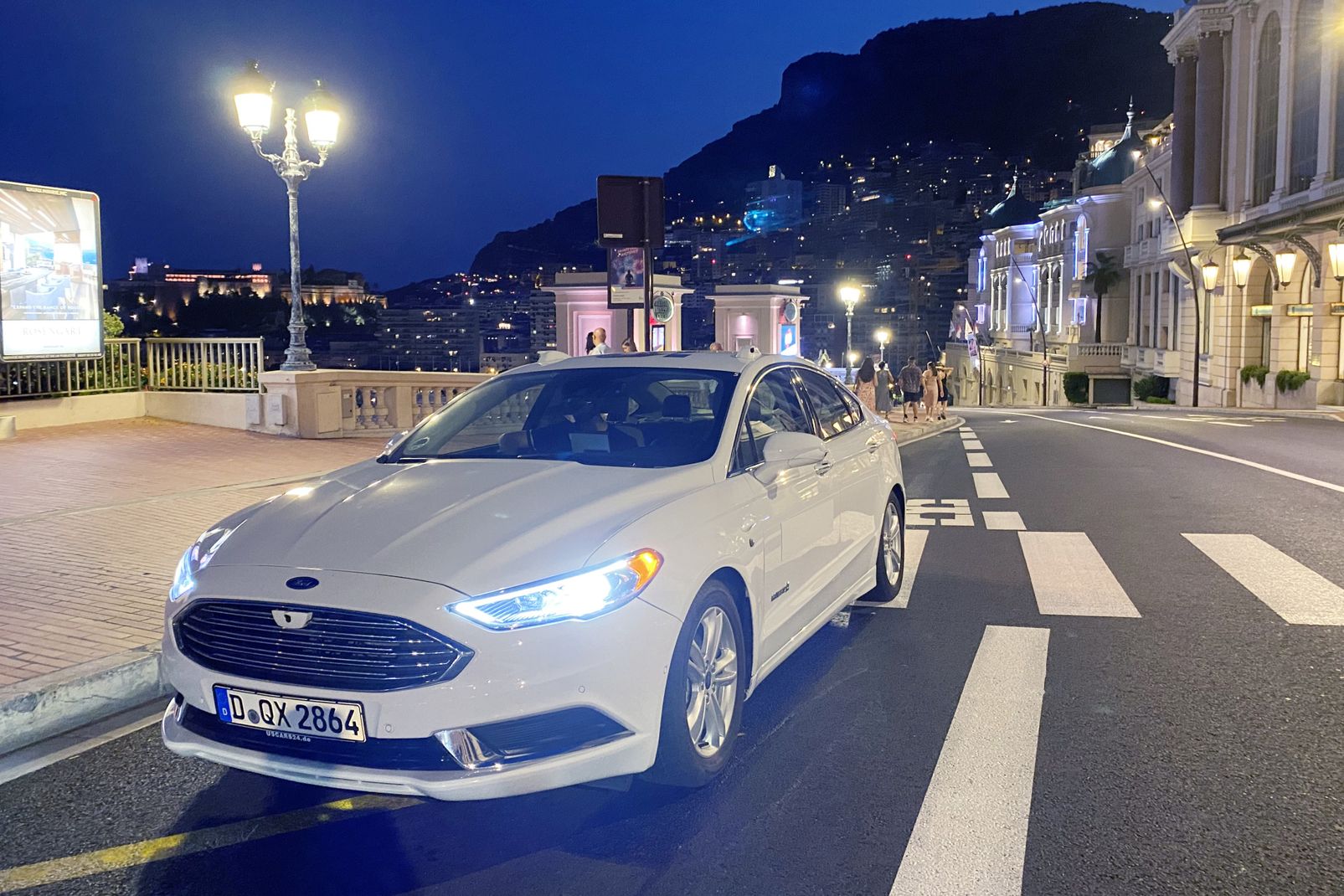 “This four-day road trip across Europe was a real showcase of the capabilities of Mobileye SuperVision,” said Nimrod Nehushtan, Senior Vice President for Business Development & Strategy and co-manager of REM at Mobileye. “A test this rigorous would have uncovered serious faults in inferior technology. But the performance of our system met or exceeded all expectations and proved itself in very real-world conditions.

“A driver-assist system – especially one this advanced – needs to be able to work on any road, in a wide variety of conditions, and handle even highly unlikely driving scenarios. This test aptly demonstrated just how capable Mobileye SuperVision really is.”

This promising and significant development comes shortly after the over-the-air update issued just two weeks ago, which beamed new highway-assist capabilities to tens of thousands of Zeekr 001 EVs already in the hands of customers. In the Zeekr, Mobileye SuperVision incorporates 11 cameras, dual EyeQ®5 High chips on an integrated Mobileye SuperVision ECU, and an evolving suite of software to enable one of the most advanced (and continually advancing) feature sets on the market.

The success of this latest test paves the road for the adoption of Mobileye SuperVision in additional vehicles. And we have more demonstrations like this one scheduled for the coming weeks in other parts of the world, opening the door for even further implementations of this compelling and comprehensive new driver-assist solution in the near future.