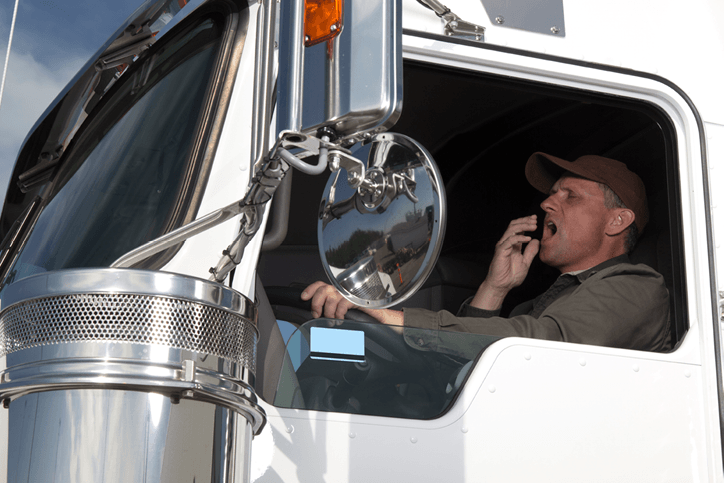 Wake Up for Lane Departure Warnings

The dangers of drunk driving are obvious. It’s hard to imagine any driver unaware of the severe consequences of drinking and driving. But how many of these same drivers would casually brush off working on little or no sleep? How many realize that drowsy driving can be at least as dangerous as drunk driving?

This may sound like an urban myth, so much so that the popular television program Mythbusters did an episode about the subject – an episode that confirmed this comparison between drowsy and drunk driving. The episode showed that sleep deprivation caused the subjects to drive far worse than driving tipsy.

According the National Highway Traffic Safety Administration (NHTSA) drowsy driving led to 824 deaths in 2015 and another study by the AAA showed that 10.8% of collisions involving significant property damage and 9.5% of all collisions were due to driver fatigue. In fact the Sleep Institute estimates that at some point one-third of drivers have fallen asleep at the wheel.

One factor making drowsy driving so problematic is the lack of objective measurements – your drivers know when they’ve had a couple drinks but how many drinks are allowed? and how much sleep is enough for each individual? And how do you measure the quality of sleep?

A 2016 study conducted under the auspices of the National Academies of Science, Engineering and Medicine specifically studied fatigue among commercial vehicle drivers. Among the findings were that professional drivers averaged only 5 to 6.2 hours of sleep per 24 hours - less than what is considered healthy.

There are a number of steps you can take to protect your drivers from drowsy driving, for example:

1) Sleep – Yes, it sounds so obvious but it must be said, the best way to avoid drowsiness is to get enough sleep. It’s also the most difficult to enforce, and even the most well-intentioned drivers may have sleep issues that you can’t do anything about or that they may not even realize they have.

2) Reasonable Schedules - Create a schedule that prevents drivers from working unreasonable hours – and include time for short breaks and even nap times for long hauls.

3) Education – Educate your drivers about the effects of fatigued driving and the importance of rest.

4) Lane Departure Warning Systems – For reasons mentioned above, at the end of the day drowsy driving is difficult to control. However, you can still protect your drivers with lane departure warnings. These warnings, normally part of collision avoidance systems like those produced by Mobileye, alert drivers if their vehicles begin to drift – changing lanes with no turn signal. These audio and visual warnings are designed to snap the driver’s attention back to the road in time to prevent a collision.

For more information on how to protect your drivers from the consequences of drowsy driving check out Mobileye’s collision avoidance system, including lane departure warning.