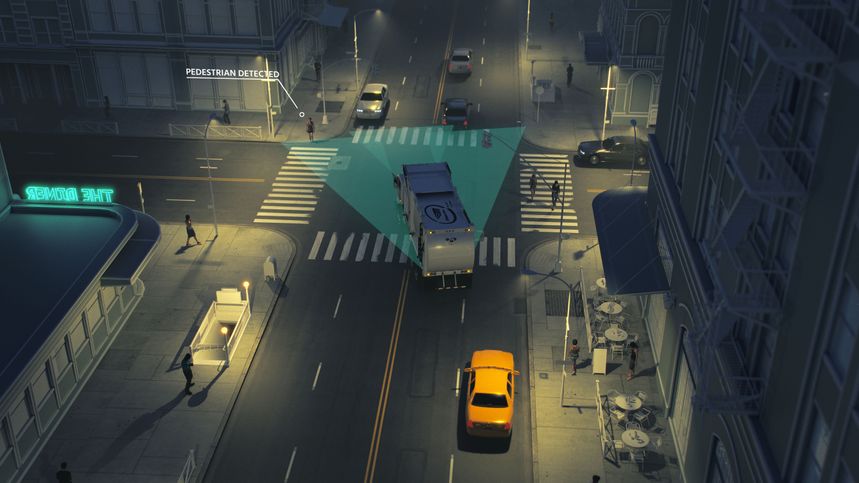 For the average driver, stuck behind a waste management truck, it may be hard to believe that these vehicles could pose such a danger, but among professionals there is concern over the rising number of injuries and even fatalities caused by them.

On March 16, 2020 the Solid Waste Association of North America (SWANA) published a report examining fatalities in the solid waste industry during 2019. The Association found that those working in the industry experience among the highest numbers of fatalities among North American laborers. The two most common causes of these fatalities are: one, being struck by one’s own vehicle and two, single vehicle collisions involving a waste management vehicle.

And it’s not only industry workers who are in danger from these vehicles – SWANA also reports that, “at least 80 members of the public were killed in an incident involving the industry. Almost all of these were the result of a collision with a solid waste collection vehicle.” Among these fatalities, 16% were pedestrians, 9% were motorcyclists and 7.5% bicyclists.

Although there has been little research into the safety issues surrounding waste management vehicles it’s easy to imagine what challenges drivers of these vehicles face. Like any large vehicle, waste management trucks have  large blind spots on all sides. For drivers, it’s difficult to identify vehicles, cyclists and pedestrians in these blind spots, increasing chances of collision.

Another universal challenge that these drivers face no less than others is that of distracted driving. According to National Waste & Recycling Association Director of Safety John Haudenshield, “sometimes the (waste management) driver who rear-ends a truck does so because he is on the phone, not paying attention and not expecting the truck [in front] to stop.”

Haudenshield also notes that the size disparity between waste management vehicles and passenger cars means that, “…typically the truck is alright, (but) the third-party vehicle doesn’t fare so well. A lot of times there’s injury or even a fatality in these situations.”

Transform Don’t Trash NYC, a coalition dedicated to transforming the commercial trash industry in New York City, published a report examining the safety record of sanitation vehicles in the city. They found that between March 2016 and March 2018 the number of crashes involving sanitation vehicles doubled from the previous two-year period, with 67 collisions, leading to five fatalities.

The report lists driver fatigue as a serious issue for drivers of sanitation vehicles, exacerbated by the need for overnight shifts and the pressure for drivers to finish long routes with hundreds of stops in a limited amount of time.

It seems likely that these issues would apply to drivers in large cities nationwide and not just New York. It is also worth noting that these vehicles are often operating late at night or early in the morning when it is either dark or lighting is minimal.

There are a number of steps fleets can take to help protect both drivers and the general public. Schedules can be adjusted to avoid too many overnight shifts and distracted driving can be fought as outlined here.

Fleets can also help their drivers by equipping them with collision avoidance technology such as Mobileye 8 Connect™ and Mobileye Shield+™. Both these systems warn drivers when the vehicle into which they are installed:

In addition, Mobileye Shield+ provides blind spot observation – cameras scan the blind spots on either side of the vehicle, warning of potential collisions with pedestrians or cyclists.

Long, irregular hours, blind spots, impatient drivers, all combine to add extra pressure on waste management vehicle drivers. Proper management and modern technology can combine to relieve these drivers of, at least some of, their burden.