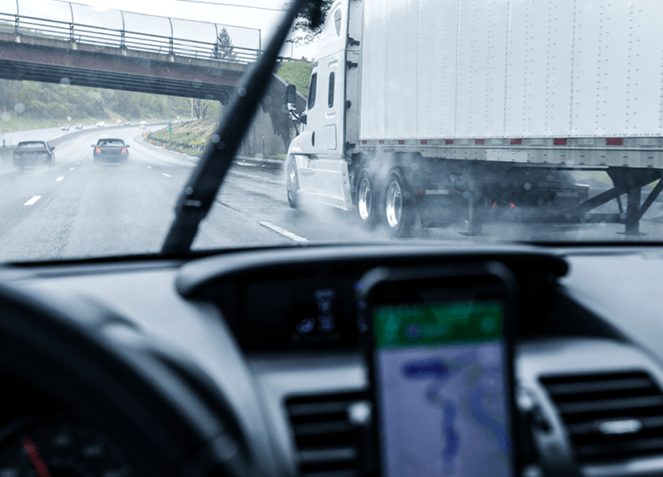 We’ve all been there – driving along when all of the sudden you hear the buzz, buzz of an incoming message and you have to look down, just for a second to see who’s texting and maybe send a short reply… Congratulations, you’re a distracted driver. And for the professional driver, on the road all day long – the temptation to text or to fiddle with your radio is enormous.

No wonder a National Highway Traffic Safety Administration (NHTSA) study showed that 3,450 people died in the US in 2016 alone due to distracted driving, while the Virginia Tech Transportation Institute found that truck drivers who texted while driving were 23 times more likely to either crash or nearly crash . Mobileye continually hears from Fleet and Safety Managers that fighting these dangerous behaviors has become a number one priority for many Fleet and Safety Managers.

So, what can be done?

Learn more about how the Mobileye system works.