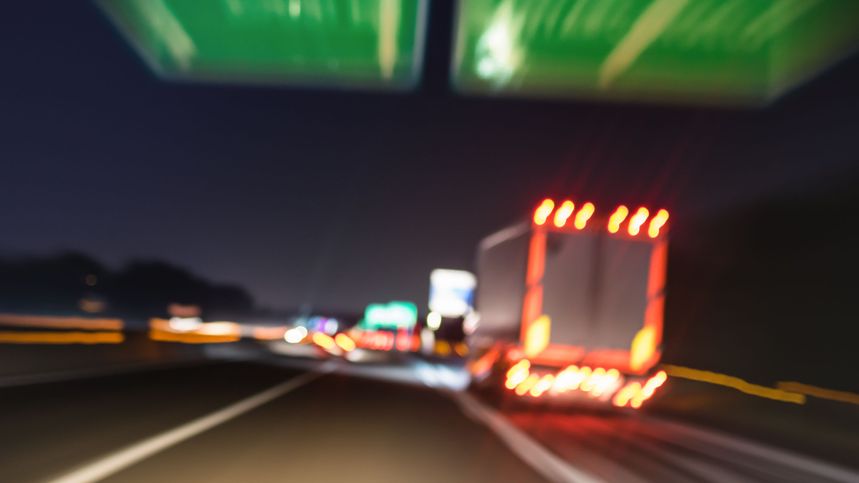 The Dark Night and Collision Avoidance

In its recently released overview of fatal collisions in 2018 the Department for Transport (DfT) had a mix of good news and bad news. On the positive side road fatalities continue to fall, falling 1% since 2017 and a massive 30% since 2008. However, the percentage of those killed during the evening and night (6pm-6am) continues to be disproportionately high. Using statistics published by the DfT, Mobileye has calculated that in 2018 43.1% of road fatalities occurred between 6pm-6am, despite the fact only 23.7% of traffic used the road network at that time.

Further statistics also show, whilst there has been a decline in overall road fatalities, road user groups such as pedestrians, cyclists and motorcyclists remain more vulnerable, especially at night. Casualty rates for motorcyclists in particular are 25 times higher than they are for car drivers, with 30.5% of motorcyclist fatalities occurring during evening and night-time hours (6pm-6am) in 2017.

1)  Keep it Clean – Keeping your headlights and windshield clean can-do wonders for your night vision. It’s important to remember that a window may appear to be clean during the day but still contain streaks that will show up after dark. One trick recommended by Popular Mechanics is to clean the windshield with newspaper while taking care not to touch it (or any mirrors) with your hand. Skin contains oils that can smudge glass and impair your night-time view.

2)  Heads Up – Many of us take headlights for granted – if they’re working, great. If not, replace them. However, headlight maintenance can also have a significant effect on night driving. A 2018 report by the American Automobile Association, showed that clouded or yellowed headlights generate only 20% of the light generated by new headlights. The discoloration is caused by sunlight and can significantly affect how you see the road at night. So, don’t just check to see if your headlights are working, make sure they are working well.

3)  Glaringly Obvious – One of your big enemies when driving at night is light – generally the glare from other drivers’ headlights. This is especially true when oncoming drivers neglect to switch off their high beams. According to Green Flag, studies have shown it can take up to 10 seconds to recover from car headlights. They also note that according to police data, accident investigators reported ‘dazzling headlamps’ as an influence in 10 fatal crashes, nearly 70 serious accidents and more than 250 other accidents in 2017.  According to WorldSafety2018, you can fight headlight glare by making sure you don’t stare directly at oncoming headlights and instead shift your gaze to the road markings to your left (or right in right-side driving countries).

4)  Drowsy Driving – While the dangers of drink driving and the severe consequences of doing so are clear to drivers across the UK, the same cannot be said about drowsy driving. A campaign launched in 2018 by the AA charitable trust showed that one in eight (13%) of drivers admitted to falling asleep at the wheel. Figures from the Department for Transport also show that fatigue let to 62 fatal collisions and 339 serious collisions in 2018. It is therefore vital drivers take steps to avoid drowsy driving; among the most important is getting a good night’s sleep before a long drive.

5)  Night-time collision avoidance — With all the challenges faced by night-time drivers it’s critical to support them in any way possible. Over the years, collision avoidance systems have proven themselves in protecting drivers and other road users. While systems such as the Mobileye 6 have been effective at detecting vehicles at night, the newly released Mobileye® 8 Connect™ [CC1] has added night-time* detection of pedestrians and cyclists to its features. The system constantly scans the road ahead for potential obstacles and alerts drivers to their presence; and, of course, it never gets tired, drowsy or distracted. These alerts can give drivers the time they need to avoid or mitigate collisions.

Contact Mobileye for more information on how you can protect your fleet and drivers, day and night.

*The system can work in extremely low light but not in complete darkness. Exact specifications and limitations are set out in the relevant user manual.