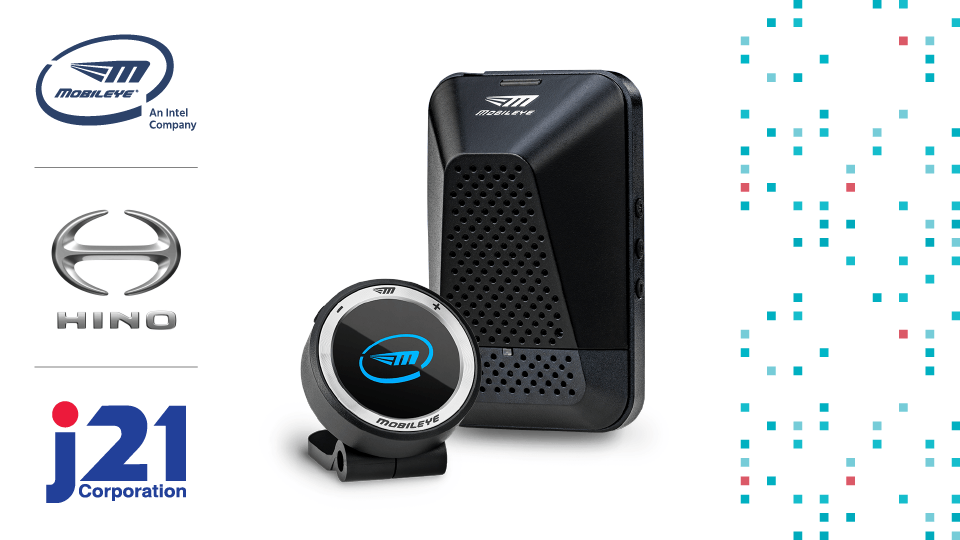 Hino Motors, one of Japan’s leading manufacturers of commercial vehicles – including trucks, buses and diesel engines – is enhancing the safety of vehicles with Mobileye®’s Collision Avoidance System (CAS). In a clear demonstration of confidence in the Mobileye brand, the Mobileye 6-series CAS was selected by Hino who will offer it to fleet customer in the Japanese market.

As a result, Mobileye’s retrofit CAS will be available for all new and used vehicles, including heavy vehicles and buses, via Hino’s Japanese nationwide network of local dealerships.

The automotive industry in Japan is moving towards a preventative approach, which seeks to prevent collisions, rather than only imposing penalties or sanctions after they happen. The adoption of Mobileye CAS is part of a bigger Hino initiative to reach ‘zero collisions and injuries’, as Hino stated in their official press release marking the adoption of Mobileye in their local market.

Mobileye collision avoidance technology gives drivers a critical warning 2-3 seconds prior to a potential collision, allowing them enough time to react and to mitigate it, or even to avoid it altogether.

Mobileye’s official distributor for Japan, J21 Corporation, was essential in establishing this partnership with Hino, and will support Hino’s efforts by providing technical and product knowledge assistance.

Hino actively promotes a holistic approach to safety, inter alia by offering safety lectures for their customers via their Customer Technical Center. Over 80,000 Hino customers have already participated in safe driving classes and learnt about fuel efficiency. Hino’s adoption of Mobileye’s technology is another step towards safer roads in Japan.