This news content was originally published on the Intel Corporation Newsroom.

One of the least-understood challenges of automated driving is mapping. This backgrounder explains how and why machines need something different than the GPS maps that humans use. It also explains how Mobileye’s approach to mapping is cost-effective and scalable – two of the critical tests necessary to ensure automated vehicles (AV) can proliferate broadly.

Why are HD maps so important?

The suite of sensors on modern cars – cameras, radars and lidars – serve as the “eyes” to see other vehicles, pedestrians, road signs, traffic lights and landmarks. But human drivers benefit from what machines lack: context and understanding. With those skills, humans know how to adjust in the moment and drive more confidently even when they come upon a situation for the first time.

Maps fill that gap for the automated car. Maps provide additional layers of data to provide human-like context to what the car’s sensors are “seeing.” This three-dimensional view of their environment needs to be up-to-date and accurate to within centimeters.

Working to its potential, HD mapping:

What about the maps I have today? (Google, Waze, OSM)

The maps humans rely on for navigation seem pretty sophisticated versus the paper versions we followed a few years ago. But the real problem is localization – knowing where you are on the map within a matter of centimeters at any particular moment. Popular mapping programs locate you within a few meters, but for an AV that’s the difference between being in the correct lane and in the middle of oncoming traffic.

Maps like these are updated infrequently – on a yearly basis, in many cases. But the world changes constantly.

The HD maps that most companies are creating today are manually driven and expensive. The process requires dedicated vehicles equipped with expensive sensing technology to gather the map data. And precise GPS is not the answer. It is expensive and cannot work everywhere – tunnels, urban canyons – or all the time.

How is Mobileye Making HD Maps?

Mobileye’s map creation process is called Road Experience Management™ – REM™ for short. Using a crowd-sourced approach, Mobileye gathers data for its maps through consumer vehicles already on the road and equipped with Mobileye’s EyeQ4 driving assistance system. It turns mapmaking into a byproduct of human driving without the need to add any expensive hardware or additional cars on the road.

EyeQ4 camera systems are identifying and processing lane markings, curbs, landmarks, traffic signs, telephone poles and other infrastructure. Data is translated into coordinates in compact, compressible data – about 10 kilobytes per kilometer captured. (In a year of typical North American driving, this equates to approximately 200 megabytes per vehicle.) This is a process that uses algorithms resident in the EyeQ4 system to optimize data bandwidth.

Mobileye has automated the mapmaking and updating process so that creation, updating, validating and distribution of the maps happens without any human intervention.

With REM, Mobileye is building the global Roadbook™ using completely anonymized data. The camera system discards all data within a large random range of a trip’s origin and destination, so exact start and stop locations are never uploaded to the cloud. Furthermore, the system is not constantly uploading data to the cloud.

To reduce the burden of being flooded with data from thousands of cars all driving the same stretch of highway, Mobileye operates what it calls “a challenge request” instruction. In short, the vehicle tells the system that it drove from point A to B and asks if the system wants the data. Mobileye can then respond yes or no depending on how much data was recently collected from each specific road.

How much of the Roadbook exists today?

In late 2018, the first series-production vehicles capable of harvesting map data for the Roadbook began shipping to consumers. Nearly 2.5 million kilometers of roads are covered daily and nearly 500 million kilometers were covered in one six-month period this year. As the number of cars collecting data grows, these metrics will increase as well.

Areas where maps have been created include all of Japan, both highway and urban areas in Europe and the United States – notably Berlin, Munich, Paris, Rome, Los Angeles and New York City. 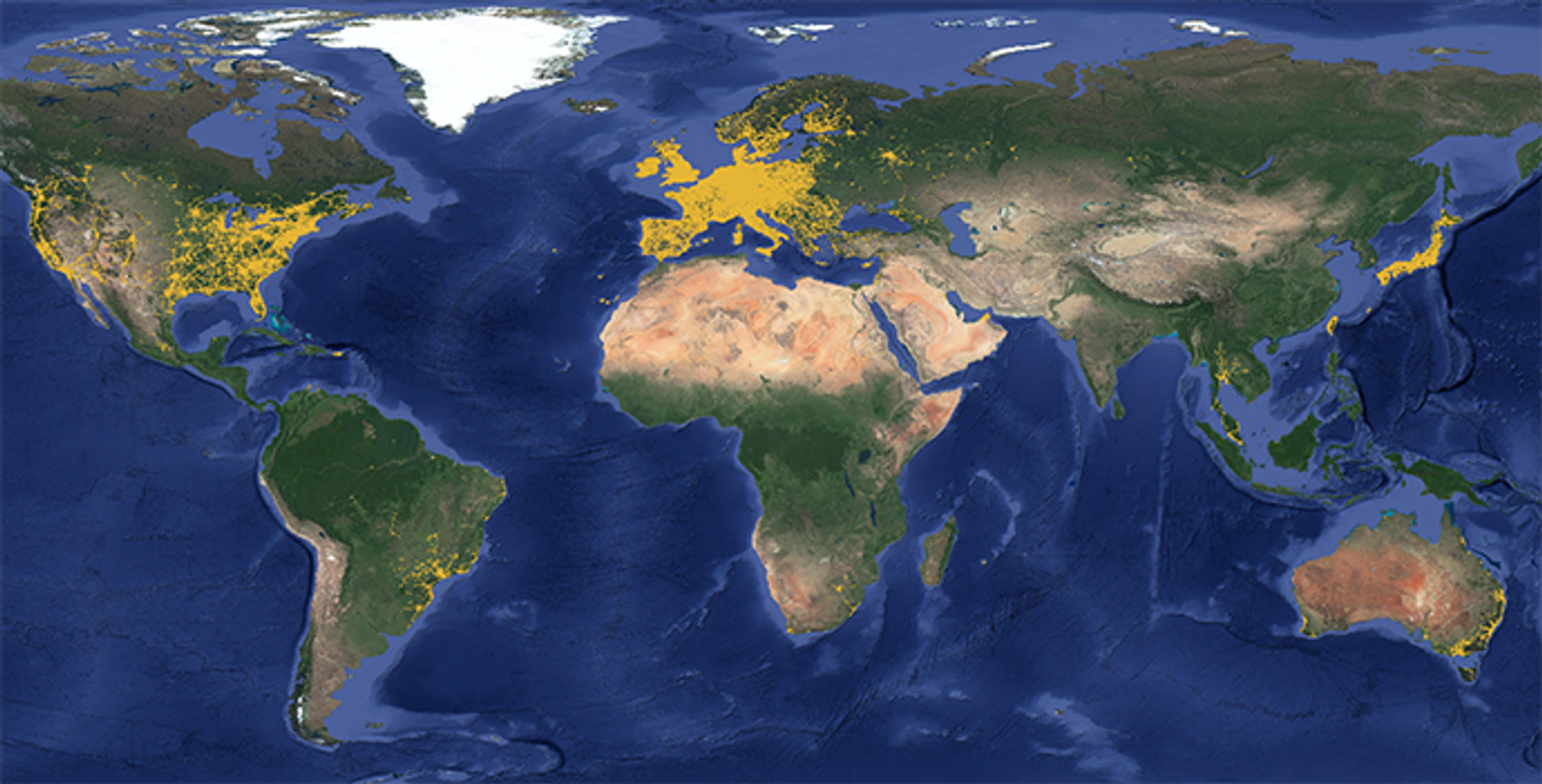 The geographic areas being mapped will grow exponentially in the coming months, and the time to collect data to create maps everywhere will drop to days in the coming years as new models from BMW, Nissan, VW and SAIC – plus other automakers – will contain the EyeQ4 and REM technology capable of building the Roadbook.

REM gathers more data than is needed for automated vehicle maps. This other data can be used by city planners to make life better for everyone, including pedestrians and bicyclists. 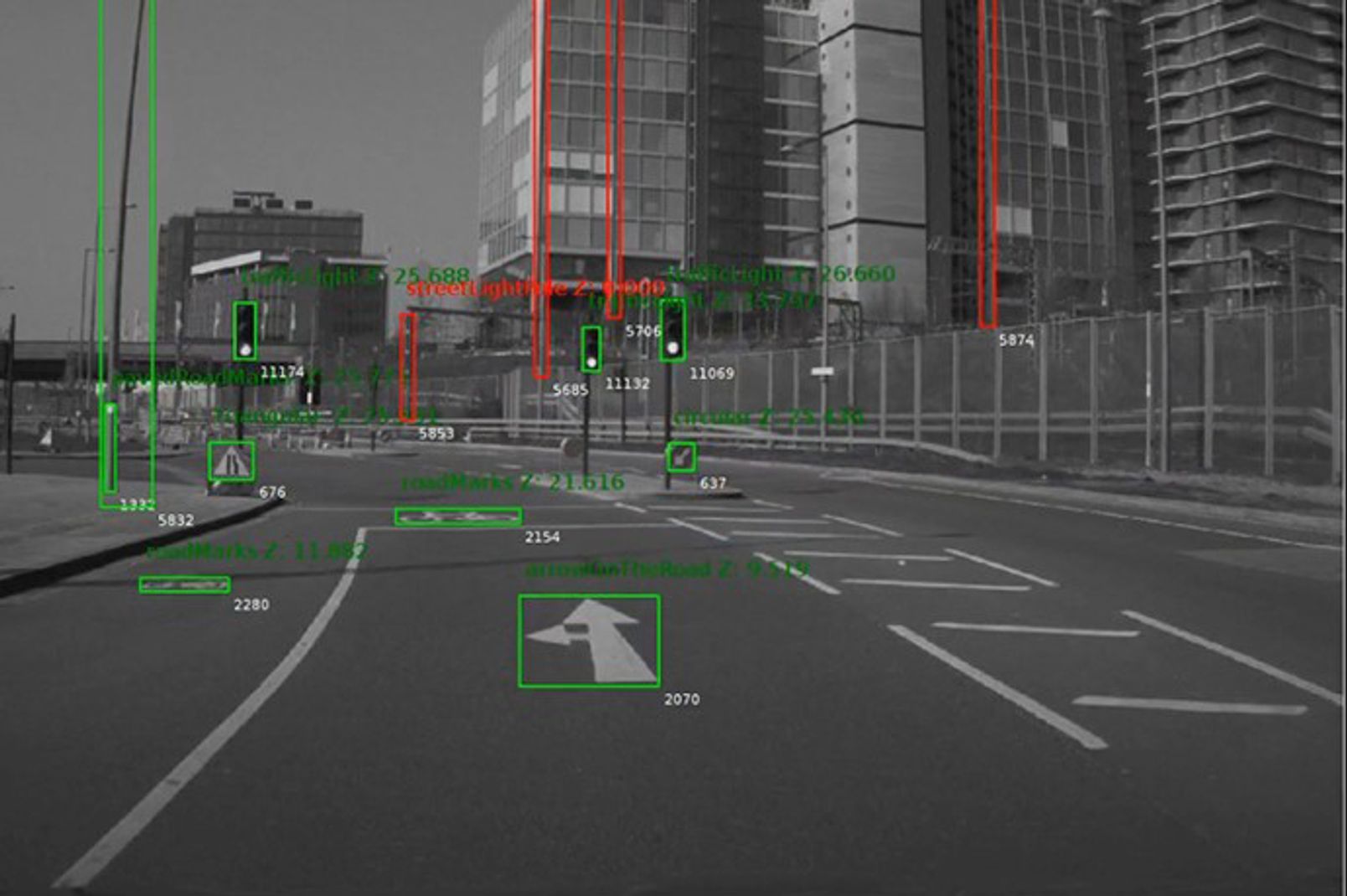 A vehicle retrofitted with Mobileye 8 Connect detects a construction area on its path, capturing the data as part of trials launched by Mobileye and Ordnance Survey.

Scale is the key

Instead of doing this with designated mapping vehicles in every city globally, Mobileye uses existing cars equipped with EyeQ4 driver assistance systems. This ability to deploy at mass scale is a vast improvement over traditional methods of mapping and unmatched in the industry.

﻿Mobileye believes mapping has a positive feedback loop; the more you map, the more partners will want to join, allowing the mapping grid to expand exponentially. Scale is everything in mapping, the organization with the largest reach will drive the autonomous vehicle industry to reality.