Keeping Cyclists Safe in Their Lanes

How Can Data Keep Cyclists Safe?

Let’s look at an example using the map below of a few intersections in New York City, which was created using data collected by Mobileye-equipped vehicles as they traveled the city streets.

This type of planning is important for New York: despite a campaign to make cycling safer, 2019 sadly saw the greatest number of cycling fatalities since 2000.

What do we see in this map? 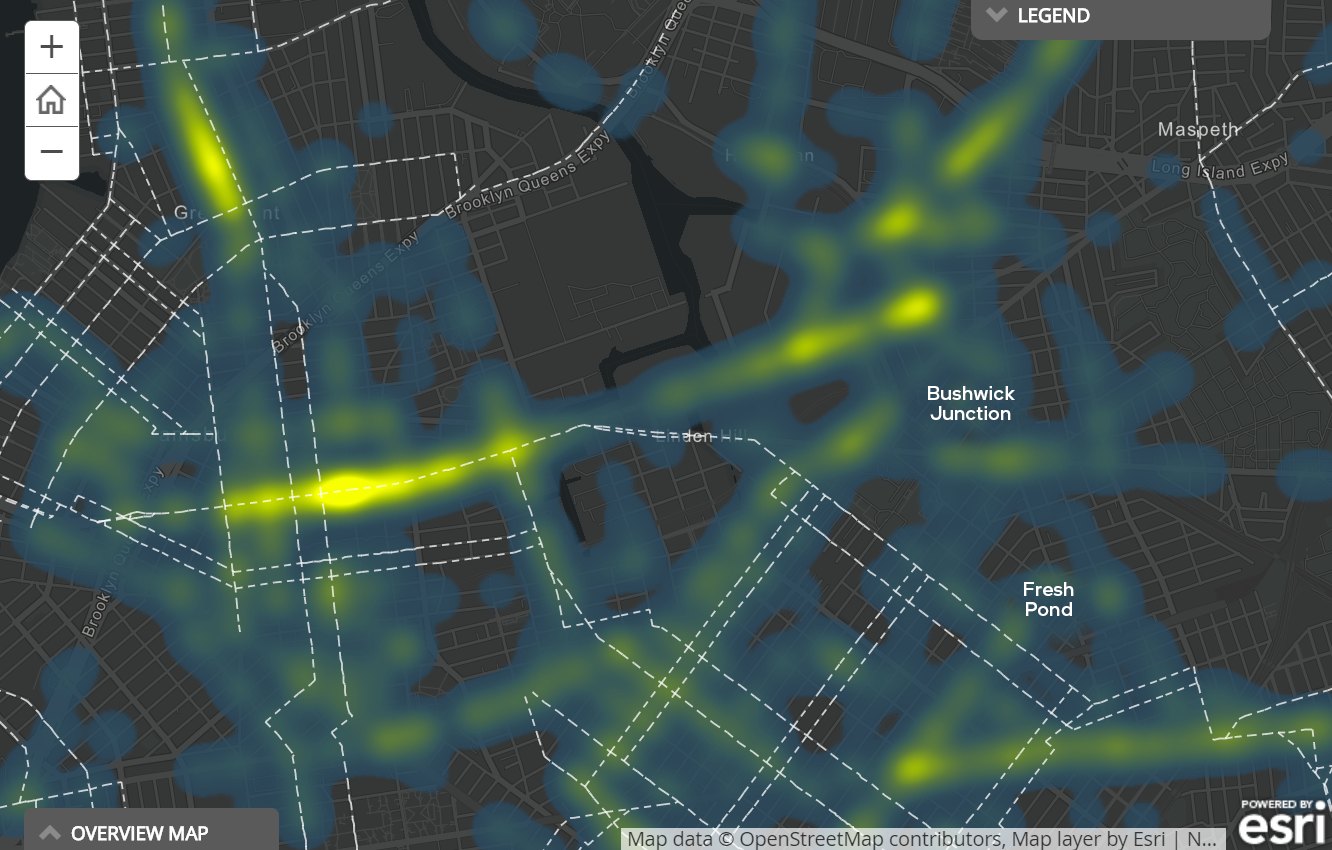 What does this map show us?

Taken as a whole, this map reveals a number of interesting phenomena.

1/ Certain bike lanes are used for their intended purposes, and are heavily trafficked by cyclists

2/ There are a number of streets that are frequented by cyclists, which would be good spots for future bike lanes e.g., north of Bushwick Junction.

3/ Certain bike lanes are rarely used by cyclists. In the next round of city planning, these might be worth a second look – are these bike lanes simply unnecessary? Or are they poorly marked and underused for that reason?

The specific data collected here is ‘cyclist volume’ and it is one of over 30 different layers available from Mobileye Data Services, including pedestrian volume, near-misses, and road risk score, as well as asset data such as traffic sign location. By leveraging the information provided by Mobileye Data Services, cities, localities and road operators can make the most out of tight infrastructure budgets, increasing both safety and quality of life.

Contact us to find out more about how Mobileye Data Services can help you.

To stay up to date on the latest Mobileye news